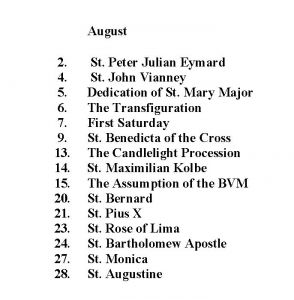 It wasn’t long after the apparitions were over that Jacinta and Francisco had become ill with the Spanish Flu.  Our Lady came to visit them on one occasion in their home, and told them that she would come to take Francisco to heaven very soon. Then she asked Jacinta if she wanted to convert more sinners, of which she said she did.  Our Lady told Jacinta she would be going to a hospital where she would suffer a great deal, that she would suffer for the conversion of sinners, in reparations for sins committed against the Immaculate Heart of Mary, for the love of Jesus and for the Holy Father. From Lucia’s memoirs, “when the moment arrived for  her brother to go to heaven, Jacinta confided to him this last message: “Give all my love to Our Lord and Our Lady, and tell them that I’ll suffer as much as they want, for the conversion of sinners, and in reparation to the Immaculate Heart of Mary”.  It was shortly after this that Jacinta developed a gaping wound in her chest to complicate her other symptoms. Our lady appeared to her again and told her she would be going to a hospital in Lisbon where she would not see her family or Lucia again, and that she would suffer much and die alone, but not to be afraid that she would come and take her to heaven. Before leaving she once asked Lucia if she was to die before receiving the Hidden Jesus? If only Our Lady would bring Him to me, when she comes for me.” The moment arrived for Jacinta to leave, it was a heartbreaking farewell as she and Lucia clung to each other in tears.  Jacinta said that they would never see each other again and that she would pray for her in heaven. Lucia would get word from her in Lisbon some time later of which Jacinta told her that Our Lady had come to see her there; she told her the day and hour of her death. We know about Jacinta’s stay in the hospital from a nun who was entrusted to her care;  mother Godhino.  Mother Godhino documented much of what transpired.  It turned out that Jacinta had a huge abscess on her side that turned out that two of her ribs were infected badly.  They wanted to perform a risky surgery that involved removing the infected ribs.   On February 10, she underwent an operation to remove the two ribs, but she was so weak that she could only have a local anesthetic, and as a consequence suffered greatly. The operation was a success, but left her with a wound into which a hand could be inserted. This wound had to be dressed daily and this caused Jacinta excruciating pain – but she never complained.  “On February 20, after going to confession to the local parish priest at about 8 pm, she asked for viaticum. But he said that he would come back the next day with Holy Communion for her, despite the fact that she knew and insisted that she would shortly die. Our Lady had told her the day and the hour. Her death did indeed come later that evening at 10:30 pm, far away from her family and Lucia.”

FIRST SATURDAY:  On August 7th  we will celebrate First Saturday Mass and devotion at the Shrine.  We will have hand sanitizer on hand, and an indoor/outdoor setup.  Mass will begin at 9am;  Rev. Richard Mwisheni S.M.A., will celebrate the mass. We plan on resuming processing around the grounds as part of the First Saturday devotion. Confessions will be available followed by coffee and doughnuts.

CANDLELIGHT PROCESSION:  I hope all could join us for our fourth of six Candlelight processions on Friday August 13th. The most Rev. Ron Tacelli S.J.  will be our honored Guest. We will begin at 8PM at the shrine, there is plenty of room both inside and outside, pray that the weather will be nice.

SANTO ROSARIO: Santuario Nuestra Señora de Fátima. The Spanish Community of St. Columbkille’s  most Holy Rosary group meets at the shrine at 3pm every First Saturday of the month for song, prayer and fellowship all are welcomed.

SUNDAY ROSARY FOR PEACE: A reminder that there are still a handful of us that meet at the shrine every Sunday to come together to pray for peace.  We begin around 2pm, feel free to stop by.

REMINDER:   A Pro-Life Rosary for our nation continues at the Shrine daily around noon all are welcomed; With a special attention given to the devotion of the Holy Face of Christ.